The Coding Club received a special treat on their last day with a visit to The Graham Williamson IT Centre (GWITC) on John Street in Helensburgh to meet some real life coders who work for Argyll & Bute Council’s IT Department.

The pupils were treated to a tour of the building including the Server Room which stores all the information electronically. The pupils got a glimpse of how their skills in coding are transferable in a real life context. The pupils were delighted when they were presented with their own ‘guest pass’ which they were allowed to retain.

Miss Morses who runs the club alongside Matthew Egan and Jack from P7 is grateful to all the staff at GWITC who supported with this trip, particularly Mr James Moore who has helped out at the Coding Club this year. Hermitage Primary’s Coding Club are the first pupils to ever visit GWITC. 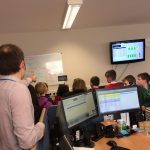 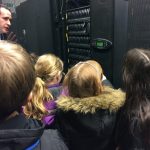 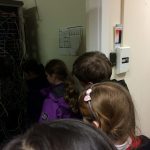